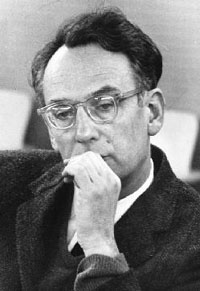 Henry Primakoff, the first Donner Professor of Physics in the University of Pennsylvania, was a theoretical physicist well known for his contributions to many areas of the science. While still in graduate school, Primakoff developed, with T.D. Holstein, the theory of spin waves which was based on a physical model and employed theoretical techniques, both of which are now classics. Later, while at Washington University, he published a paper entitled "The Photoproduction of Neutral Mesons in Nuclear Electric Fields and the Mean Life of the Neutral Meson" which first described the process that became known as the Primakoff Effect and ultimately led to a precise measurement of the very short mean life of the neutral pion. That idea is still in use in explaining certain other particle-production processes. Also while at Washington University, Primakoff and E. Feenberg were the first to suggest the possibility of a collapsed state of nuclei.

In the 1950s, Primakoff turned to the weak interaction as the focus of his research, elaborating the nuclear and particle phenomena that are manifestations of that interaction. He moved to the University of Pennsylvania in 1960, where he became a leading world authority on muon capture, double-beta decay, and the interaction of neutrinos with nuclei. He continued to work in the fundamental symmetries of physics and the nature of their breaking until the time of his death.

Henry Primakoff was noted as a teacher as well as a researcher, giving freely of his encyclopedic knowledge of physics to students and colleagues alike. He had an abundance of patience and a joy in teaching that allowed him to place himself completely at the disposal of the individual with whom he was engaged at the moment. This generous spirit earned him universal admiration and devotion.

When one talked and worked with Henry, there was present the tension and excitement that is usual in an intellectual enterprise, but there was also a sense of tranquility, of deep enjoyment in the moment and the place and the exercise at hand.

Every year, the Department of Physics and Astronomy recognizes the distinguished work of leading scholars by inviting them to give an annual Primakoff Lecture in Henry Primakoff's honor. Below is a full list of past lectures as well as information on this year's lecture:

2020 - Nigel Goldenfeld: “The Life and Death of Turbulence”

2016 - Rolf Heuer: "From (Astro)Particle Physics to Applications: The role of Scientific Institutes for the development of society"

2015 - Clifford M. Will: "Was Einstein Right? A Centennial Assessment"

2014 - Andrea M. Ghez: "The Galactic Center: Unveiling the Heart of our Galaxy"

2013 - Leo Kouwenhoven: "Particle Physics On a Chip: The Search for Majorana Fermions"

2012 - Paul J. Steinhardt: "One Upon a Time in Kamchatka: The Extraordinary Search for Natural Quasicrystals"

1998 - Maurice Goldhaber: "Reminiscences from the Cavendish Laboratory in the 1930's"

1992 - Victor F. Weisskopf: "The Responsibilities of Scientist Towards Society"

1986 - Carlo Rubbia: "Testing of the Gauge Theory of Strong and Electroweak Interactions with Proton-Antiproton Collisions"

Primakoff Lecture: “The Life and Death of Turbulence”

Primakoff Lecture: "The life and death of turbulence "

The recent observation of gravitational waves from merging neutron stars opens a new era for neutron star physics and astrophysics. I discuss the dark matter mystery and some of my work on
possible ways neutron…

Metamaterials are materials engineered to have a property or properties not found in nature, such as a negative optical index of refraction, one-way light or vibration waves, or exotic elastic behavior.  Advances in…

Primakoff Lecture: "From (Astro)Particle Physics to Applications: The role of Scientific Institutes for the development of society"